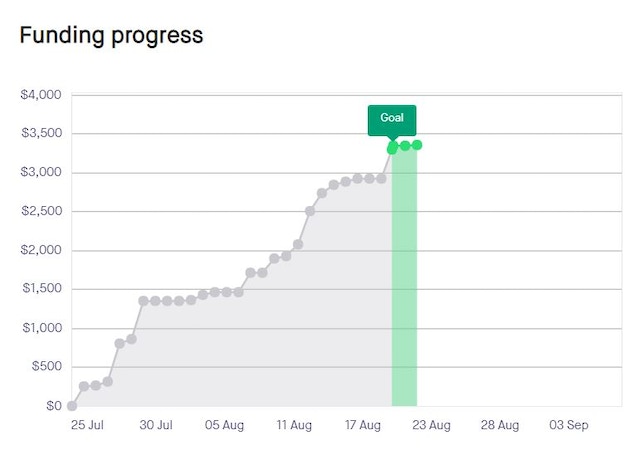 Kym and I had an amazing day Monday at the SHIEC conference in Atlanta. We were able to work on some new business development opportunities and make some good connections for our existing ones. Plus I was able to talk up both the show and the Kickstarter campaign with many professional colleagues I have helped in their businesses and careers over the years. Many pledged support right on the spot. By the end of the day, I was just $56 shy of my foundational goal of $3,300. During the day, we ran into our dear friend, Anil Sethi, founder of Gliimpse (acquired by Apple) and now his new company Ciitizen.

"Anil, would you do me the honor of being the pledge that takes me over the top?" He didn't hesitate and pulled out his phone and made a pledge. Then we went up to Polaris, the rotating restaurant at the top of the Hyatt, and had a celebratory drink with Anil and his wonderful family. 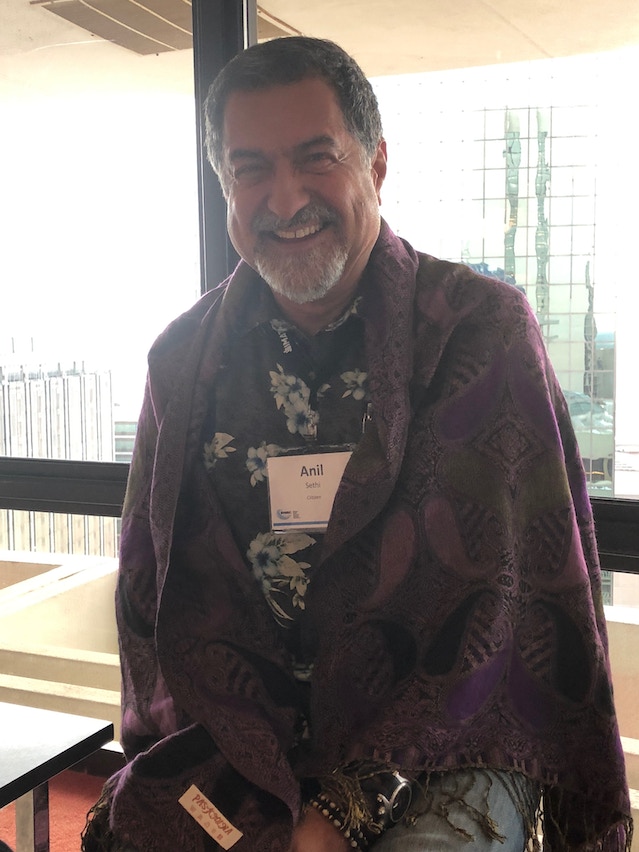 Thank you, Anil, and the 56 other backers who have brought the campaign to this point! With 16 days to go, there's still time to bring the project to $5 or 6K, which would really help with building out a few of the songs and really make them sing!

My co-star, Dolly Rainsong, and I are finally on our way to the Florida Festival of New Musicals at the Winter Park Playhouse near Orlando. 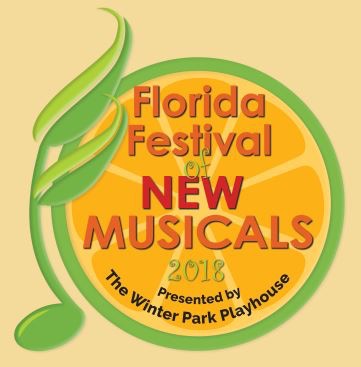 Yesterday, Dolly and I will have a four-hour rehearsal (that turned into two because it went so well!) with our director (and Artistic Director of the Winter Park Playhouse), Roy Alan. Then we will have a two-hour tech rehearsal on Wednesday, then shows on Thursday (5pm), Friday (8pm) and Saturday (noon). Along the way, we will have an opening reception with the writers, directors, and actors with the other five shows as well as at least five journalists who are covering the festival.

I’m really excited about doing my show but am also looking forward to meeting these other talented artists and seeing their shows. I’m hopeful that this will lead to some enduring creative relationships as I think about some of the other works in my head that have been itching to escape into the “real” world. I’m feeling ready. The script is really tight in my mind and I feel vastly more prepared for this run of shows than I was for the premiere back in January. I’ve now got the show down to one hour six minutes for the one-act version, which Roy tells me is perfect for the festival. They have promised that they will make a quality video recording of the show, so I’m really looking forward to having that for getting other venues to let me perform there.

The show has a brand new website (thank you, Wix)!

and check it out!