If any of you have been in a play or musical -- be it high school, community theater or Broadway -- you've no doubt experienced the hell that is Tech Week... that everything-that-can-go-wrong-does-go-wrong lead-up to opening night. You see your dreams of entranced and enraptured audience members and standing ovations morph into nightmares of empty second-act seats and dodging rotten tomato missiles.

My son was just in the world premiere of a very complicated rock fantasy musical based on a novel, Magic Under Glass and he was practically inconsolable after dress rehearsal. Last minute script and blocking changes, arguments about how to convey a complex story line in an elegant way, concerns about the undertones of the story being too political... It was almost too much for a 17-year-old to bear. I tried assuaging his concerns by showing him the famous clip from Shakespeare In Love when Geoffrey Rush shows no concern for the imminent disaster about to befall his debut of Romeo and Juliette, saying it always works out. How? It's a mystery...

My son remained unconvinced, certain that the show was going to be an embarrassment to all involved. Of course, the show was a grand success and, while not perfect, was nothing like the disaster prognosticated the night before curtain.

I'm nine days away from performing a one-act version of my show, Miss Isabella Rainsong and Her Traveling Companion: A One-Guitar Show, at the Florida Festival of New Musicals. And, even though I've already premiered a full two-act version of the show on a truly magical night, I'm experiencing equal measures of delusions of grandeur and nightmares of epic disaster.

You would think that doing a shorter, one-hourish version of the show in a professional venue that has put on hundreds of successful shows with an experienced crew and a dedicated and enthusiastic group of established patrons would be easier and less fear-provoking than doing a two-hour untested version before an audience of people who mostly know you. But you would be wrong. That first show had the angels behind it. It was a flash in a pan. Lightning doesn't strike twice. Those were your friends -- of course they'll tell you it was wonderful.

Then there is the very real issue of having to cut apart a perfectly workable two-act show and boil it down to its essential arc. Easy enough on paper (if you think dismembering your child one skin cell at a time "easy"), but it's actually been a real challenge not only cutting it appropriately, but also re-memorizing a shortened show while keeping the original intact in my head. It's coming along, but man, this is tough for a nearly 54-year-old brain to manage!

There's a hundred ways for this show to go wrong. As the actor, I could blame the writer or the lyricist or the director -- except they are all me. But rather than ignore these worst-case scenarios, I've actually tried to embrace them and anticipate them. 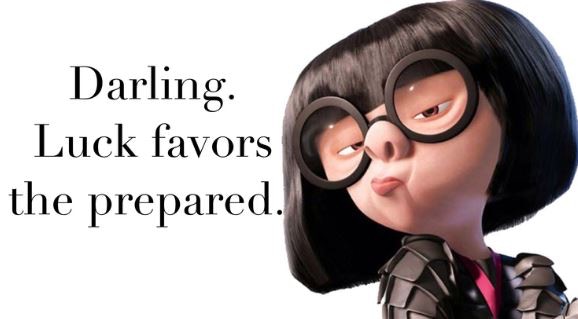 One of my biggest fears is breaking a string during the show. This is not an unreasonable concern. Many of my songs are in open or non-standard tunings and one tuning in particular takes the G string and tunes it a full step higher to A (DADAAD for those who care to know). The G string, even though it's the third string, is actually the most fragile of the strings because it is has the thinnest of the wound strings on an acoustic steel string guitar. During the most intimate scene in the show -- when TRAVELER recounts the first time he started to make music with MISS ISABELLA RAINSONG (the guitar and star of the show) -- I have to retune from DADGAD to DADAAD. Twice now in rehearsal (once just two hours before curtain on the night of the premiere), that string has snapped just as I'm gingerly tuning up that last little bit. BAM! It makes me jump every time.

But I have a plan. One option is to tune a half step lower and significantly reduce my chances of a break. Another contingency is to have a spare string offstage and make a quick restring -- commenting that this happens sometimes and that the Stationmasters usually have spares handy. Yet another contingency is to play through it. I have practiced playing the last three songs minus the G string. It's not a full, but it's doable -- and I can say it's just Miss Isabella's way of saying her heart is breaking.

I've already tried a new winding technique favored by my mentor and musical hero, David Wilcox. It makes total sense to me that this should help, but so far I've not seen a decrease in risk. I've also followed some other recommendations I've sniffed out on the interwebs -- like using steel wool to smooth out any burrs in the winding peg - the spot where my string inevitably breaks. So Thursday, I'll be stopping by to see my friends at Appalachian Bluegrass Shoppe in Catonsville, MD to do some last-minute fixes they think will help.

But on opening night, I'll be flying without a net. here's hoping it all goes without a hitch.

Thanks to all of you, I'm now at over 80% funded with 24 days left to go in this Kickstarter campaign. It has been great connecting with all of you. I remain deeply grateful for this put-your-money-where-your-mouth-is vote of confidence. I've still not done a broad canvassing of my contacts, but have mostly focused on folks who seemed most likely to care about this crazy pursuit. I'm pretty sure, based on trajectory, that we'll hit the magic $3,300 mark, which makes this an officially funded project. But my real goal is more like $5,000 to $6,000, because that's what it's going to take to make at least 3 or 4 recordings extra special with more layers, vocals, instruments and production. I'll certainly be pleased with just the minimum, but am hoping for a wee bit more. So feel free to share the page with folks. Or just tell them to go to kickstarter.com and search Rainsong. There are only two projects on Kickstarter with that keyword and one is an expired project.

Thank you for reading!